The most desired Christmas presents are quite diverse: the list is topped by products and services related to health and wellness (such as a bottle of massage oil or a bath season pass). These were mentioned by one third of all adult internet users among the top three most desired presents. About 20% marked household appliances, clothing, books, beauty products, or home decoration. Digital devices are around the middle of the Christmas wish list, while digital services are at the bottom. 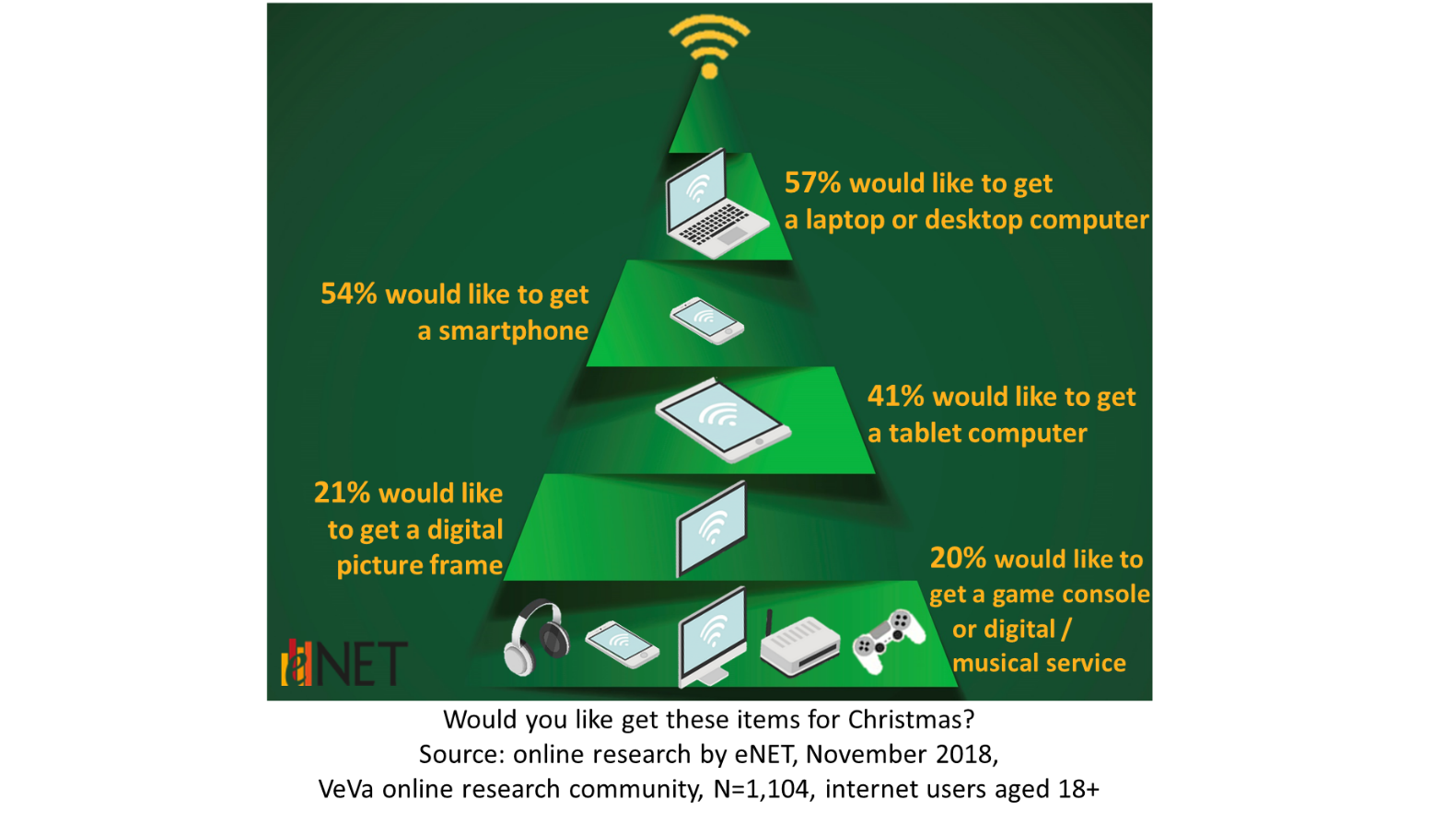 Overall, digital presents are not among the top three on the wish list, but most internet users would like to get them for Christmas. Laptop or desktop computers and smartphones are most popular, as 54-57% of the respondents would definitely like to get them from loved ones. About 40% would be glad to receive a tablet computer, and two out of 10 people would like a digital picture frame, a game console, or a digital/musical service or subscription.