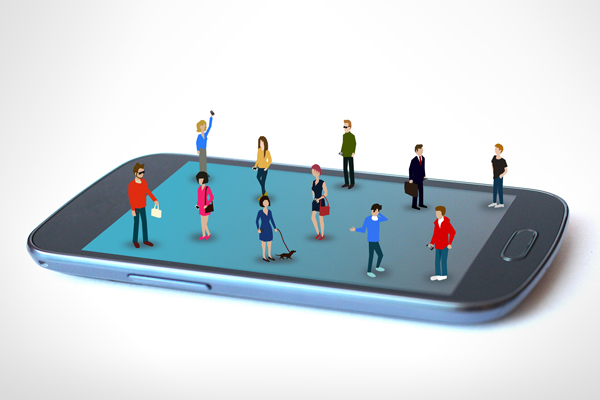 Smartphones and mobile net access have conquered adult Hungarian Internet users. As many as 3.3 million people, i.e. two thirds of all Internet users, have smartphones now, and two million of them use mobile net as well. This means that they are accessible online any time, wherever they are; also, they have constant access to the world-wide web. Demand for mobile Internet – and fast 4G connections within that – is rocketing. The latest research by eNET-Telekom, titled “Report on the Internet Economy”, is focused on changing smartphone and mobile Internet usage habits.

According to eNET’s online research in October 2015, the dynamic proliferation of smartphones is unstoppable: 67% of adult Hungarian Internet users, i.e. 3.3 million people, use smartphones. In the past period of over two years, the ratio of smartphone users has grown by 20 percentage points amongst Internet users.

Not without my smartphone

Smartphones have become integral in the lives of those who use such devices. They can hardly do without their phones: two thirds never turn off these gadgets, and the majority (58%) keep their phones with them all night. In fact, some go even farther: 28% keep the distance to their smartphones at one metre or less all day, and almost one quarter of the respondents even take them to the toilet.

Smartphone users are also very active in app consumption. Nine out of 10 download applications to their smartphones at least occasionally. However, people don’t like paying for that, as two thirds never download apps for money, and another one quarter are only willing to do so when they need an application that cannot be acquired free of charge.

Regarding the type of regularly used apps, maps and navigation dominate (69%); smartphone users don’t like to leave their homes without them. But applications used for communications (62%), gaming (61%) and social media (58%) have also proved to be indispensable.

Wifi is not enough

Nine out of 10 Internet users surf the Web through Wi-Fi on their smartphones. Meanwhile, the ratio of those who go online with a mobile Internet connection has reached 60%, which means two million mobile Internet users. Thus the share of people who keep not only their smartphones but also the Internet with them at all times is growing; these people are accessible online anywhere and anytime, and they have constant net access.

As many as 41% of mobile Internet users take advantage of 4G (also called LTE) broadband connection, with another 6% planning to use that service in the next one year. It is not only the availability of a mobile connection that matters to Internet users, but also the quality thereof. This is becoming an important consideration, as indicated by the fact that 4G support is a key issue to 56% of the respondents when buying a new smartphone.

I won’t give up my smartphone!

The golden age of smartphones continues as more and more people use such devices and love them more than ever. Two thirds of adult Hungarian Internet users also have smartphones, and they firmly reject parting with their devices even for a short period of time. Then again, this is understandable as 60% of smartphone users have mobile Internet connection, so they are not limited in time or place when it comes to navigation, communication, gaming, reading the news, or even working and studying.