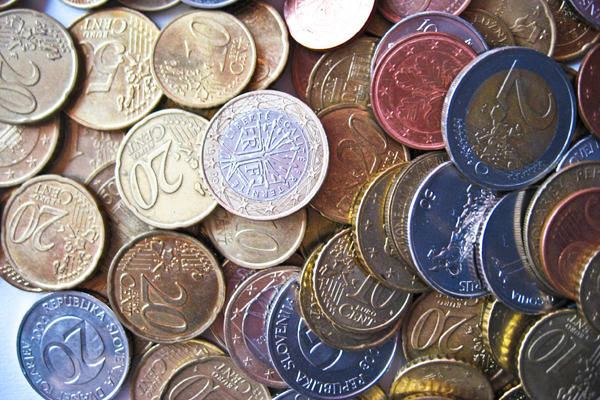 After a rather hectic 2014 complete with acquisitions, brand name changes and innovations, the competition for supremacy on the Hungarian market of online classified advertisements continues in 2015. Olx.hu, the former Aprod.hu, seems to have benefited from the rebranding after all, while jofogas.hu has been trying to gain users via innovations. eNET and the Department of Information and Communication of Corvinus University of Budapest once again review Hungary’s online classified ads market, which is still dominated by olx.hu.

Almost one year ago, the e-commerce sector watched uncomprehendingly as olx.hu (formerly aprod.hu) was renamed. A company rarely invests huge amounts into brand building just to switch to an entirely unknown brand name with no apparent reason. But that’s what happened at Apród (now OLX): in April 2014, they surprisingly replaced their well-established name with OLX, which sounds rather strange in Hungary. Several marketing experts indicated the potential dangers of that move: the new brand name was less expressive and unusual, so the risk arose that Hungarian users would find it more difficult to identify with it. But the concerns proved unfounded as the rebranding went smoothly; the company’s marketing machine went full steam ahead, trying to reach users and explain the positive effects of the name change to them. The intense marketing efforts were accompanied by important strategic decisions which considerably improved the quality of the site and the user experience. The period for which an ad remained on the site was shortened from 60 to 30 days, which lowered the chance of trying to buy something that had already been sold, i.e. the number of obsolete ads was slashed. Filtering by distance was added as a new function, so now a user can find items offered for sale in the vicinity of the specified city.

Meanwhile Jófogás, the other large player on the Hungarian online classified ads market, embarked on logistics-related upgrades serving the convenience of users. In cooperation with the GLS courier service, they introduced door-to-door delivery in May 2014. The service is free for the buyer and costs the seller only HUF 1,900 (~6€) gross; in exchange, the advertisement is listed nation-wide, i.e. it reaches many more potential buyers. A user who posts an ad with the door-to-door delivery option does not get his money immediately; the delivery price is deducted and the remainder is transferred onto the seller’s bank account within three days. Jófogás launched another novel logistics feature at the end of 2014 by opening three meeting points in Budapest, where the partners could manage the transactions personally. The meeting points can also be used to send parcels as part of the door-to-door delivery service.

Jófogás and OLX, the two businesses that rule Hungary’s online classified ads market, could still not turn their losses into profits. The significant losses are attributable to high marketing costs spurred by a mad scramble for users. OLX’s profit and loss statement is not available because the owner Allegro Group does not publish separate statements for its investment portfolio members, but Jófogás offers public information on its revenues and expenditures.

The 2013 profit and loss statement of Schibsted Classified Media Hungary Kft, the owner of Jófogás, shows a loss exceeding one billion HUF (3.6 million €). OLX presumably makes a sizable loss as well. But both companies invest in the future, because if they win the duel, they should be able to demand money for various additional services, and may also cut marketing costs. From this perspective, the two companies seem to be chasing their money. This phenomenon, well-known in game theory and the psychology of decision-making, is called a “dollar auction”; one dollar is put up for sale for a starting price of one cent, but only the highest bid buys it, and the second-highest bidder must also pay the amount he offered. It’s hard to stick to rationality in this situation: the main questions are whether Hungary’s online classified ads market is worth all this investment, and how many years it will take for the money to return. (Each of the two largest players has spent about HUF 1 billion (3.6 million €) on market acquisition.)

The success of a business model can normally be evaluated based on financial indicators; however, conventional financial analysis is still unrealistic in the case of both Jófogás and OLX. Consequently, eNET-CUB worked out a methodology in the autumn of 2013, that allows for objective and comparable analysis. Mostly subjective factors such as the content and quality of advertisements have been omitted. The method focuses only on those indicators that allow for objective assessment. The analysis of the Hungarian online classified ads market is based on olx.hu’s and jofogas.hu’s advertisement volume as of February 10, 2015.

Number and timeliness of advertisements

The number of ads on a site allows for estimating the underlying user base. At the time of data collection (February 10, 2015), OLX had almost 50% more ads than its main rival Jófogás. While this difference is still considerable, it’s lower than on April 4, 2014, which is partly attributable to the addition to Jófogás of almost 300,000 car pooling offers originally posted on oszkar.com.

Besides the number of ads, their timeliness is another major consideration because only “live” advertisements are relevant to users. Obsolete ads increase the time spent browsing and thus deteriorate the user experience.

The online classified ads market consists of three main categories where demand is concentrated. These sections are real estate, vehicles, and jobs. Other, specialised players are present in these market segments, i.e. competition in these fields is not limited to Jófogás and OLX.

Table 3: Number of ads in the main categories on February 10, 2015
*Household appliances are in the “electronics” section on olx.hu, and in the “home and garden” section on jofogas.hu.

**without the used car site Használtautó.hu

Based on the composition of ads, OLX overtakes Jófogás in all of the listed categories. Electronics and clothing are the fields where OLX’s dominance is the most apparent. The closest competition is observed in the category of job advertisements.

Site visit statistics allow for analysing the size of the user base. Our review is based on figures by SimilarWeb and Alexa because credible, comparable and public site traffic data are not available about neither Jófogás nor OLX.

According to SimilarWeb, olx.hu was visited about 20 million times in January 2015, while Jófogás only 9.25 million times. The former competitor performed better in terms of site views, the time spent there, and the bounce rate as well.

Alexa is another tool for the measurement of web traffic; that system’s figures for February 2015 confirm the supremacy of OLX. As of February 7, OLX ranked 2939th on the global web site hit rate list, while Jófogás clearly lagged behind as 5185th.

According to measurements on February 10, 2015, OLX continues to lead Hungary’s online classified ads market based on both the number and age of advertisements. Site traffic data confirm that position. Olx.hu (formerly aprod.hu) has been the largest market player (before jofogas.hu) since 2013; however, both companies continue to make heavy losses, and it’s questionable when one or both of them can become profitable.

Naspers increased the capital of the company operating SimilarWeb in February 2014.