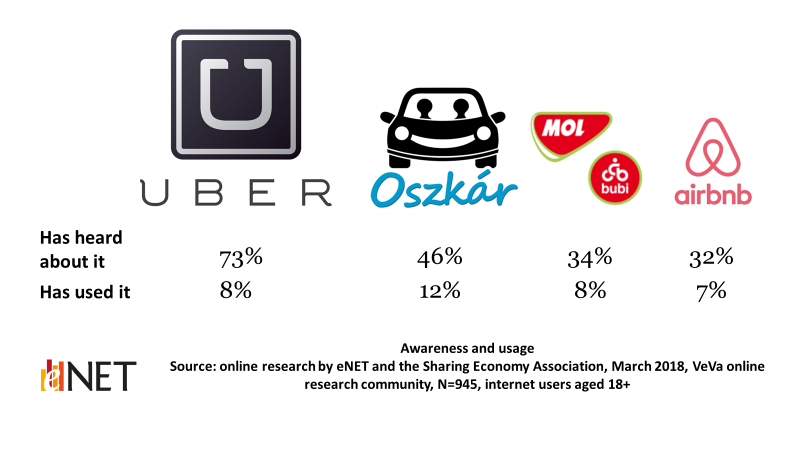 The sharing economy model is gaining ground internationally and in Hungary. One third of Hungarian Internet users have heard about the notion of social or sharing economy, and both the user base and turnover of the companies involved grew significantly in 2017. These are the conclusions of the most comprehensive research conducted in Hungary in this topic so far, brought to you by eNET and the Sharing Economy Association.Awareness vs usage

While much fewer people use than know about the sharing economy, the sector is characterised by slow but steady growth. With usage ratios between 8 and 12%, the above-mentioned companies are the largest players in Hungary’s sharing economy.Community financing and office sharing are less widely known solutions in the same sector: about 20% of Internet users have heard about them.