Hungary’s online retail (e-tail) market has expanded by more than 150% in four years. Several analysts have underestimated last year’s growth: the net turnover of webshops actually rocketed from EUR 0.8 billion (HUF 273 billion) in 2014 to EUR 2.1 billion (HUF 669 billion) in 2018. Every spring, as companies close their balance sheets by 31 May, eNET compiles a comprehensive analysis of Hungary’s online retail trade. The latest results were, in what is now a tradition, published at the annual Ecommerce Hungary conference. 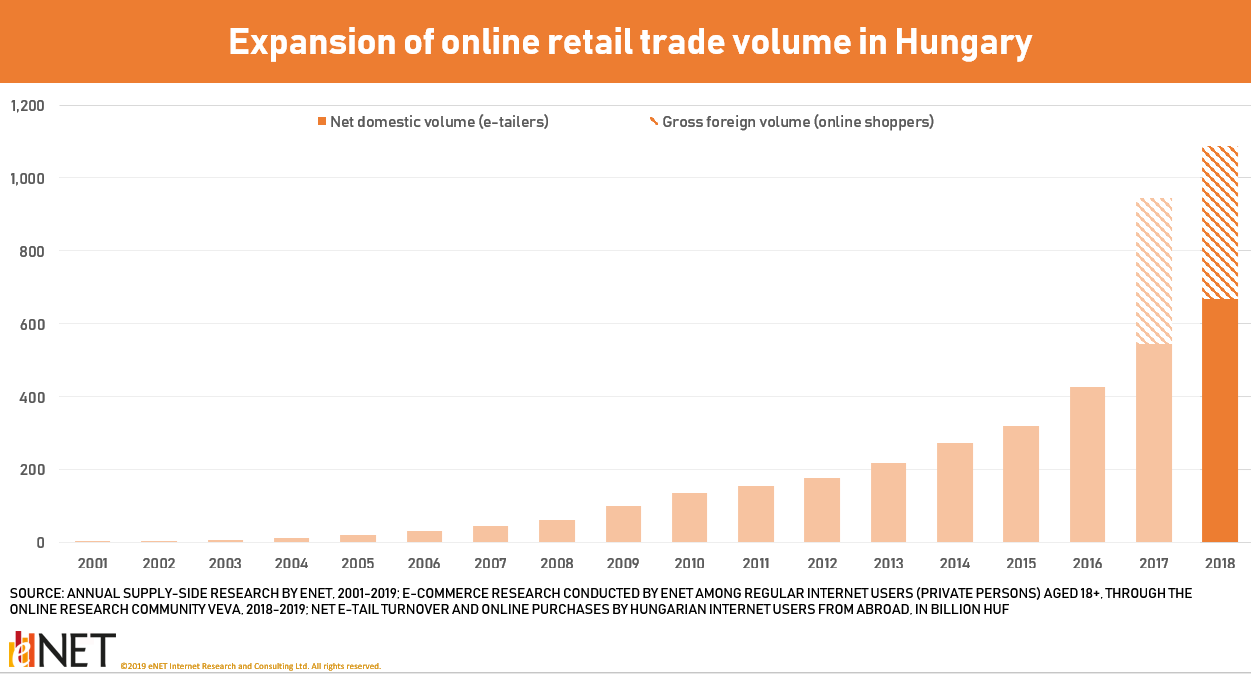 E-traders performed well last year, too, as Hungary’s online retail trade volume grew by 23%. Based on the sales figures of more than five thousand e-tailers, the share of online sales reached 7% of total retail sales, which corresponds to 13% growth compared to the previous year. Even though the number of shoppers keeps rising every year, the growth is slowing. Any further expansion of Hungary’s e-tail sector will be defined by the intensity of purchases rather than the growing number of new online shoppers. This change is demonstrated by the increase in the average shopping cart value and in the online turnover per customer. In 2017, the average amount spent online had been EUR 42-43 (HUF 13,400), which rose to EUR 47-48 (HUF 15,400) last year. The average annual online turner per customer went up from EUR 354-355 (HUF 111,000) to EUR 384-385 (HUF 124,000). As to the most popular product categories, information technology has maintained its lead, followed by entertainment electronics as well sportswear and other clothing. The third position is held by home furnishing and decoration. 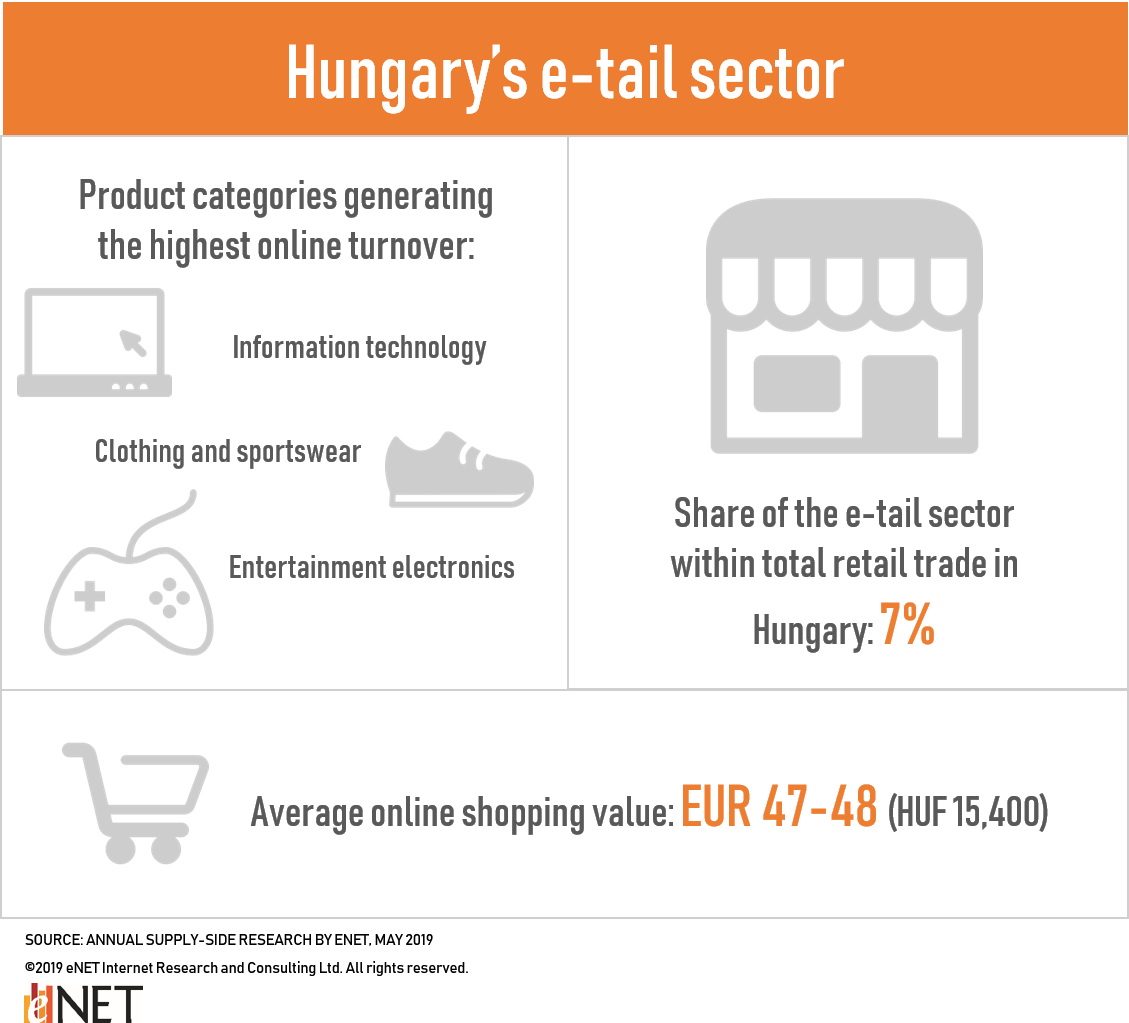