The Hungarian dron market and corporate situation “in practice”

The rapidly advancing and spreading unmanned aerial vehicles (UASs), commonly known as drones, are causing a serious headache in development policy worldwide, including Hungary. The drone market research of eNET 2021 has highlighted the diversified uses of drones among different market players – the business interest in developing processes that can be solved with drones can be clearly identified due to the favourable value for money ratio and efficiency gains over time.

The following is a brief overview of the widespread use of drones, the current regulatory environment, pitfalls, and the tremendous potential that these firstly futuristic, but nowadays usual  technological advancements hold.

Why did the market “explode”? 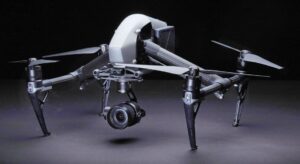 The drastic decrease in the size of sensors and drones, the development of battery technology (changes in the energy density of batteries), and the spread of advanced flight control software have played a major role in the skyrocketing popularity of drones.

From a corporate standpoint, drone is “just a work tool,” not a hobby (although this isn’t necessarily the case for a remote pilot). A drone is a carrier device on which various gadgets can be mounted and used to provide value-creating processes. Many sensors have reduced the volume of the device to a level that makes it easy to fit on the drone, making them perfectly suitable for industrial, precision operations. These include multispectral sensors, very high quality “film” cameras, thermal imagers, Lidar sensors, various ultrasonic and precise positioning solutions, but we have also seen solutions for transporting goods or pulling Internet cables (also in the framework of an eNET telecommunications development project).

Factors contributing to and hindering the spread 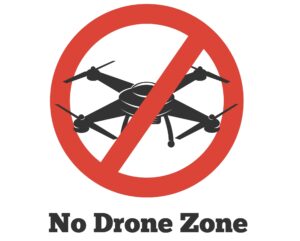 Roughly 75-80% of the drones currently sold can be attributed to hobby users, the rest to the public and corporate sectors. This rate is slowly but surely beginning to change as businesses realize that not only are they able to assist the socially conscious ‘observation’, ‘fertilization’ or ‘parcel delivery’, but in addition, drones can be used in many other areas and industries: industrial inquiries, life-saving, research work, etc.

What limits the most the spread of drones at the enterprise level? Primarily the regulation, the lack of regulation or possible misunderstandings, but also the shortcomings resulting from a lack of expertise and appropriate know-how.

One of the most exciting drone applications in the construction industry is the addition of drones to BIM (Building Information Modeling). BIM software is basically used to plan construction projects, allowing you to efficiently manage, model, and track construction projects in real time. It provides great design security that tracks the entire project lifecycle in live digital form. (It can also be considered as kind of special Metaverse.)

Take, for example a road construction work where the length of the road needs to be fully assessed, and BIM software is already being used to plan the entire road section to carry out the project. In planning, the software allows the use of an external data source, whether it is a Lidar or photogrammetric device.

Everyone could see engineers working during traditional surface-surveying: one engineer uses a tripod to measure distances, depths, etc., using a reference point of their colleague, thus mapping the 3D space. With this method, they go through the planned stage, then the computer model is created based on this data. This short and time-consuming fieldwork is shortened via the programmed route of the drone: it surveys the field with the help of a suitable sensor, then the data can be transferred into the BIM system immediately after the operation. But this is not the end of the task, as the essence of BIM is the real-time, complete control over the implementation of the project, so during the foundation and asphalting works, it can assess the completed work on a daily basis, thus preventing time lags or asphalting errors (the drone does not interfere with construction work on the ground from the air, so it can operate even during work).

Background of the regulation

At the time of writing (January 2022), the regulatory issue is one of the most important and complex aspects for both business users and regulators, which is further complicated by aviation safety aspects. Without referring to any legislation, country specifics, let’s review the situation – why could this have changed?

Nowadays, many criticize the regulations all around the world, because if an enterprise, a start-up company has invested in a technology, it wants to use it, expecting the fastest possible return on investment. Unfortunately, these businesses are now partly losers in the initial technological breakthrough, but the know-how they are now creating will certainly pay off in the long run. On the regulatory side, this is a very complex legislative procedure involving the remote pilot, the operator, airspace management bodies, manufacturers, and many other areas. The practical application is not harmless at all, in fact, any errors will almost immediately be in the spotlight on the subject of drone in the press, and this will have an impact on the development potential of the area. Let’s look at an example! If twenty companies want to fly in VLOS (visibility within sight) at the Heroes’ Square in Budapest at the same time, it is difficult to separate the drones in 3D space, so the risk of a flight incident also increases greatly.

There is currently no unified flight support system that could assist both long-distance pilots and traditional airplane, paraglider, rescue helicopter operations / flights. In reality, in addition to the fact that drones are difficult to distinguish between in- and out-of-sight flights, flight coordination is greatly hampered by the lack of compatibility between different flight control systems. Many technologies are already present in the market, FLARM, ADS-B, traditional radar devices, MyDroneSpace application, but these systems are not interoperable properly. For example, the pilot of a rescue helicopter and its coordinator do not see the operation indicated by the drone. But neither the drone nor the other sees the current and exact position of the other.

The current stricter legal environment is justified by such and many similar situations, which need to be addressed, not only by regulation but by very strong hardware and software technology developments, which are still in their infancy. Everyone is at the beginning of the process, as it was in 1900, when horse-drawn carriages were replaced by cars. Initially, there was no TRAFFIC, a license, a license plate, taxi, freight transport and a company car. This is currently the case for drones too, moreover, in three-dimensional airspace…

It does not work without the UTM

The right solution for this problem is the UTM (UAS Traffic Management) system, which uses a very complex ground, air, telecommunications and IT solution to help identify, publicly store data, track drones and manage air traffic in a quantum-resistant way.

Is not the well-proven ATM (Air Traffic Management) enough, why is another system needed?

ATM is great for controlling large aircraft and busy airports, but for drones it is different: it cannot handle them due to their significant number and trajectory. In an ATM system, air traffic controllers would not be able to handle fast-moving devices in a large, high-density area of ​​airspace.

The solution to the above-mentioned problem is a redesigned solution from the basics of traffic management, which places the operating model on algorithms, machine communication and next-generation telecommunication networks in the case of UTM. The issue will be discussed in more detail later.

Professionals, the importance of orientation

In addition to operation, it is important to emphasize proper professional training and conscious use of the drone. When using a drone, it is not enough to be aware of the legal framework, flight dynamics, existing sensors, and data processing (possibly e.g., knowledge of the fertilizer/substance). There have been cases where a company dealing with droning started to operate in agriculture, and hundreds of millions of forints in damage have been caused by a poorly mixed fertilizer. It can be a challenge for businesses to have specialized expertise and all the knowledge related to long-haul flights at the same time, in addition to the emergence of new use cases and protocols during the operation of the company.

The use of drones has several benefits in the operation of many businesses and public institutions, but it requires well-prepared training and a competent professional. In the following eNET articles, we will cover these factors in more detail!

END_OF_DOCUMENT_TOKEN_TO_BE_REPLACED

E-sport accounts for three quarters of the video games market