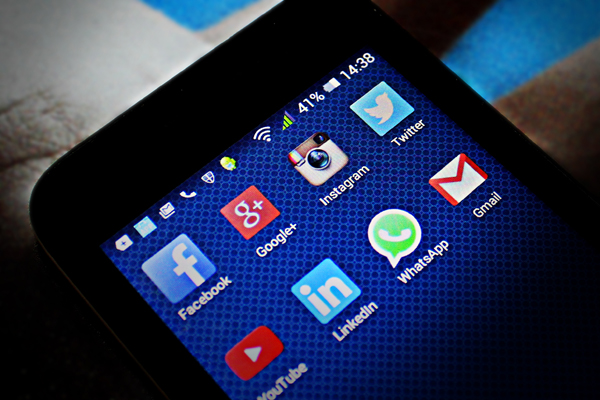 Young people’s unquenchable thirst for information and stimulus can now be best satisfied in the almost unlimited world of the Internet. Movies, music, knowledge – all these are served by the Net, partly thanks to social media. The emphasis regarding communication channels is also clearly shifting towards the online world. But don’t despair: today’s youth are just as curious as their parents were, and probably want to know the same things. The difference is that they have access to the Internet. In April 2015, eNET and the Scientific Association for Infocommunications Hungary (HTE) conducted a questionnaire-based online research about the media consumption and other habits of youth and older people who regularly use the Internet.

There is no point in envisioning a generation gap between Internet users by their interests, but it’s hard not to notice the differences between the examined age groups (18-29, 30-39, and 40+). The respondents were asked to select the most interesting topics from a list of 24 items.

For the youngest people, movies and sounds take it all; their list is topped by films, followed by music. But before you start accusing people under 30 of immersing themselves in self-absorbed entertainment, notice that the third item on their list is popular scientific content. This category ranks higher in the youngest age bracket than in other age categories. Notably, it is only in this group that computers, information technology and the Internet are in the top 5.

People in their thirties obviously constitute a transition between younger people and middle-aged or older persons, concerning their interests as well. Movies are still at the top, followed by health, home and gastronomy; it seems that their eternally young souls have moved towards a more “settled” lifestyle.

And above 40, the age of connoisseurs dawns. For these people, the top themes are gastronomy and lifestyle, and of course their homes. Interestingly, (popular) science returns to the top league, maybe as a reward for a mature life.

There are specific differences between generations not only in terms of interests but also in the information channels used to satisfy them. It’s clear that young people mostly live in the online world, while conventional bastions of offline media, led by television, are still more or less holding on in the middle and upper age brackets of Internet users.

But regardless of the age category, four out of five Internet users visit websites daily. Watching TV is not more popular than the Internet, even among internet users above 40. And television is losing ground very rapidly in the younger generations. Less than half of people below 30 watch TV every day. And the younger the age, the fewer people listen to radio and read printed press. In contrast, regular (daily) social media usage is much more frequent among people below 30 than among older people. It’s fair to say that social media has ousted all other media from the spot of the no. 1 information source for the youngest people.

One third (33%) of Internet users aged 18-29 identified index.hu as one of their favourite web sites; origo.hu was indicated by more than one quarter (27%), and HVG by one in seven young people (9%). The sequence is different in the group above 30: origo.hu is first, followed by index.hu, and then comes startlap.hu, including its various sub-sites.

Facebook.com dominates the social media sites used by youth; practically everybody is signed up (99%). Other social media sites are rarely mentioned, regardless of the age group. Social media is mostly used to keep in touch with others, and secondly to keep track of home pages of interest. More than half of Internet users gather information in that way (too).

Smartphones may soon rule supreme amongst Internet users, at least if the current generational trend continues. Every new generation chooses more smart phones than the previous one. In the 40+ age bracket, “only” more than half of all Internet users have a smartphone; this ratio is 80% among thirtysomethings and 87% among people younger than 30.

A similar trend is observed in the usage of applications that make smartphones even smarter. Only one third of smartphone users older than 40 download applications at least once a month, but this ratio is over 40% for the 30-40 age bracket, and 56% in the youngest group.

The different interests stemming from age are also evident in the choice of applications. Games played on mobile phones are most popular with app-downloading youth aged up to 29 (72%). Half of them also use social media, as well as applications related to maps and navigation, music, and weather. The order of popularity is somewhat different in the 30-39 age category, but the top five categories are the same. Music loses ground over 40 years of age, and is replaced by news. People generally consider it important that an application should be free of charge, have a transparent interface, and look appealing. Hungarian-language apps are deemed increasingly important as the users’ age advances.

In the online world (too), a fierce war is waged for attention and information sharing. Giving away presents is one traditional weapon in that struggle, for example in the form of an online sweepstake. More than nine tenths of Internet users have participated in such sweepstakes. The main driver is the prize regardless of its value (80%), but the satisfaction of participating and expressing one’s opinion is also considered important (49%). Then comes interest in the topic or service itself (39%). In conclusion, the main motivation to participate in a sweepstake is the prize, but the possibility to express oneself or support a product or service is also an important driver.

Half of all Internet users have shared or liked content related to a prize draw in social media. Newsletters are less popular in this respect (35%). One third of the twentysomethings who actively participate in sweepstakes deem it important to share funny or entertaining content. They also consider it important that sharing should increase their chance to win. One quarter of young people would use likes and sharing to notify their acquaintances of a product. Above 40 years of age, sharing in order to help friends win becomes more important (55%).

Newsletters constitute an early, institutional form of sharing information. Almost all Internet users receive newsletters in some topics. Three quarters of the respondents claim to actually read about half of the newsletters; among the more critical 18-29-year-olds, this ratio is lower (60%). Young people who constitute digital natives presumably have more effective mental “spam filters” to eliminate unwanted information than those who are not yet fully at home in the online world.

Youth: at home in the online social space

Young people increasingly turn to the online world to find content they like to consume (read, watch, or listen to). In their eyes, conventional media (television, radio) are devalued, presumably because they seek tailor-made content that is available any time. Instead of adapting to the media, they expect the media to adapt to them. Their approach to content has changed as well: they don’t just consume but also share, and not only for a tangible benefit but because they find the content interesting or spontaneously decide to support a product. In other words, young people do not surf the Internet just to consume content but to communicate, as well as to share and forward content. Thus they create a community space that everybody should reckon with.