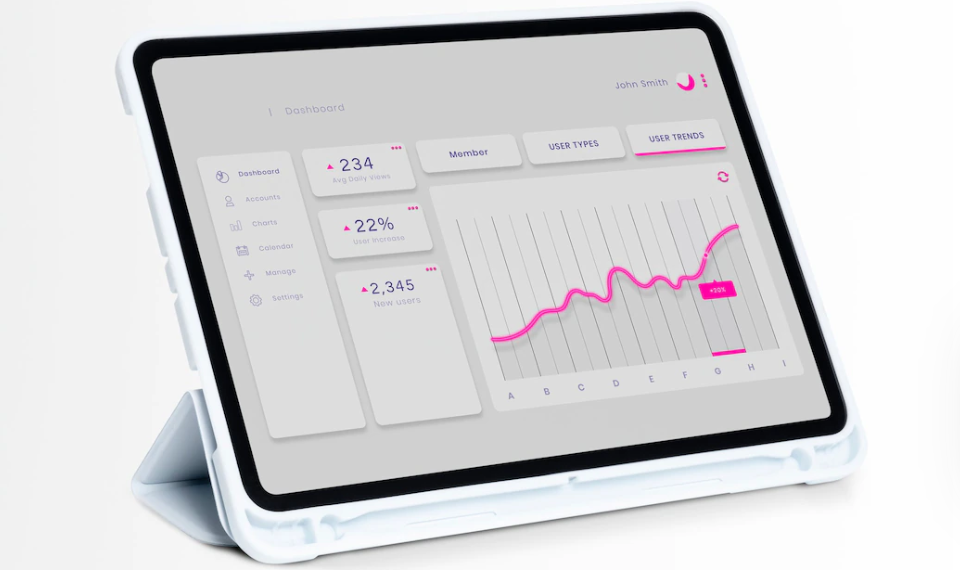 eNET – Telekom: The Age of the Tablet Is Here

While the number of PCs sold has been steadily decreasing in Hungary in today’s changing digital environment, media consumption has become more diverse than ever thanks to the surge in tablet sales mostly aimed at viewing content. In 2012, over 65,000 tablets were sold in Hungary with the total number of such devices exceeding 150,000. Unexpectedly, however, the use of tablets is mainly limited to a single location but is more intense than previously seen with any other device, reveals eNET – Telekom’s „Report on the Internet Economy”.

Recently, users could only turn to their personal computers to access digital content. Now there is a wide range of devices available and the latest screens can replace laptops and computers for the viewing of content. This trend is reflected in sales: according to IDC, up to the end of the third quarter of 2012, 43,000 tablets and 120,000 computers were sold in Hungary. These figures went up to 65,000 and 145,000 respectively until the end of the year, showing that the number of tablets sold during the holidays was the same as for PCs. These devices, however, are used for media consumption with different underlying attitudes, of which those associated with the tablet are the most interesting.

The latest survey of eNET investigated how tablets are used, providing an in-depth picture of the place and time of usage. Similarly to international trends, Hungarians mostly use their tablets at home. 55% of Hungarian users turn to their tablets at home, 4% during travelling or commuting, and 5% at work. The reason for this probably lies in the fact that tablets are primarily used for viewing content and not for producing it, or for doing work.

1. Typical places of use for tablets and smartphones in time-based breakdown

Compared to the typical places where smartphones are used, it is conspicuous how tablets are used at home:

Tablets are mainly used (51%) while watching TV or in bed, clearly designating their use a home-leisure activity. In addition, tablets are often used in the company of others and not only alone.

Examining the cycles of use, there is a sharp hike in the use of tablets during the early morning hours, surpassing smartphones and PCs – this is the time when users read the news at home in the morning. During the majority of the daytime hours PCs dominate, serving as a tool for work in the working hours. During the night, however, tablets are preferred again, their use showing a steep increase between 9.00 p.m. and midnight. These are the hours when tablets are used while watching TV and lying in bed at home, one of the most intense periods of use with 62% of users accessing their devices.

The survey offers further information about the length of usage. 60% of tablet users use their device for at least one hour every day. Compared to the average amount of time spent watching TV actively or passively (2,7 hours in 2011 in Hungary), this figure is very high, probably substantially influencing the leisure time activities and media consumption of tablet users.

The survey conducted by eNET also reveals how tablet use influences the consumption of other contents and the use of other devices. Data show that tablet users turn to their tablet 34% more than watch television and 43% of them use their tablet more often that their PC.

In Competition with PCs

In terms of sales, 2012 was a record year for tablets but they have not yet become the main device for accessing any of the following content types. Users’ activity on their tablets is very similar to that on smartphones. In addition, tablets are clearly present in all content types as an important platform of consumption, proving to be a competitor to the device most frequently used for accessing the given content type.

The key competitor, however, is the PC. Even though tablets cannot really offer „more” in terms of content than PCs (content being provided by the Internet), their mobility and easy usability ensure that PCs are gradually being supplanted by tablets in the field of leisure content consumption.

In the consumption of audiovisual content, especially television content, television still holds a strong position (physical product characteristics continue to play a major role), but the impact of the Internet in reducing the amount of time spent watching TV and the typical time of day when tablets are used (at night, during the traditional peak period of watching TV) are both warning signs. The tablet as a second or third screen (besides the smartphone) divides the attention and time dedicated to watching edited programmes. Underlying the business model of television services, we always find the need for good ratings while the time available for watching TV is limited – and now it seems, the tablet has also entered the race.

The survey was conducted in October, 2012 using a national representative sample of 1,000 people aged 15-65 years. 900 respondents replied via an online questionnaire, 100 people (ages 50-65) gave their answers by phone, ensuring the representativeness of the survey.