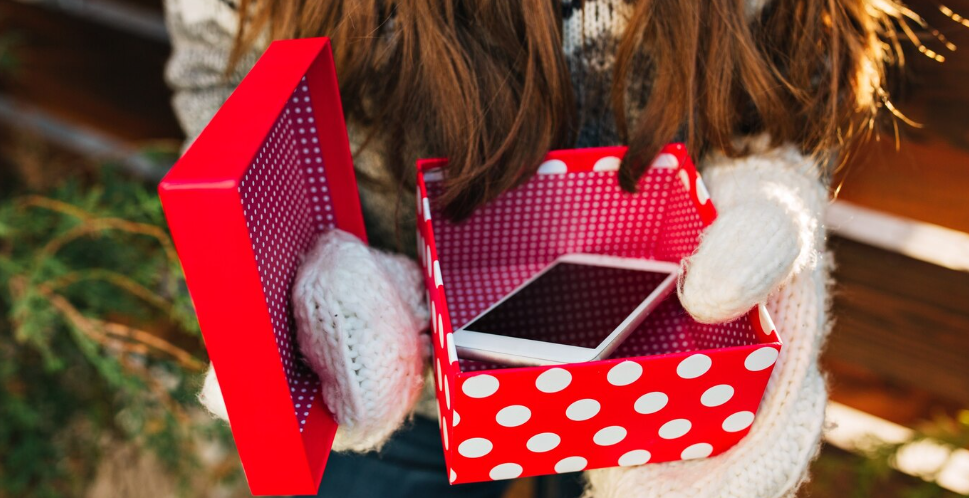 Christmas Presents Getting Smarter – Smartphones Are All The Rage

The penetration of smartphones in Hungary has gained momentum – last year’s sales of 800,000 mobile handsets were exceeded by mobile network operators by October, 2012 and the Christmas shopping spree is likely to boost that figure to a total of over 1,000,000 smartphones by the end of the year. As a result, one in three active mobile phones will be a smartphone in Hungary, reveals the eNET–Telekom Report on the Internet Economy.

Smart Present Under the Christmas Tree

By the end of the third quarter of 2012, a total of nearly 800,000 new smartphones were sold in Hungary, a figure expected to cross the one million-sold threshold before Christmas. Smartphones will be one of the top Christmas gifts in 2012. Together with this year’s sales, smartphones in Hungary will number 2,9 million, accounting for 33% of the 8,7 million handsets in use, a figure which had stagnated for years. Compared to the neighbouring states, the Hungarian market is in a leading position in the share of smartphones but still lags far behind the United States where smartphone penetration already reached 50% in 2011.

The popularity of smartphones remains undiminished and nothing will stop further growth: the extensive range of handsets fulfils every financial and other need and the increasing number of various data packages also enables Hungarian users to exploit the extra features of smart devices.

The surge is also fuelled by the fact that mobile network operators traditionally acquire the highest number of new customers in the last month of the year (according to data of the National Media and Infocommunications Authority Hungary, this figure exceeded a total of 120,000 at the three network operators last year and is expected to be just as high this year) and the majority of subscriptions are purchased together with a new device.

US in the Lead

Globally, smartphones are also on the rise at a staggering pace. In the third quarter of 2012 only, 181,1 million smartphones were sold worldwide compared to 115 million sold in the same period last year.

The Life and Soul of Smartphones: The Operating System

In terms of platforms, Google’s Android system dominates the Hungarian market, accounting for 53% of smartphones while iPhone and its iOS system represent only 8%, a figure way below the international average. Nokia’s earlier Symbian platform powers 28% of handsets while the later handsets running the Windows Phone system have reached a market share of 9% a mere 1,5 years after their launch.

In the United States, however, more than 30% of the smartphones are iPhones while Android has a similar share – 50% – as in Hungary. On the imaginary podium, Blackberry handsets manufactured by RIM take the bronze medal due to the popularity of their business services in the US market. The lack of localization, however, means that these phones are preferred by only a very small group in Hungary.

In the use of operating systems, Hungary greatly differs from international trends. This is probably due to its different economic situation: Apple’s handsets, typically available in the premium price range, play a lesser role in Hungary where financial options are more limited.

Rather than targeting technological break-throughs, developments in the last 18-24 months were aimed at improving comfortable usability. The fight is on for the bigger screen and higher resolution of the camera. Fundamentally influencing user experience, these features are even more important for users than e.g. the clock signal. As a clear tendency, screens are getting bigger and the resolution is higher, coupled with an ever increasing range of usability.

Owners almost always carry their smartphones with them and typically use them frequently and for short periods of time. This so-called spare time usage is most typical on-the-go, e.g. while commuting, but any period of even a few free minutes is suitable for the users to consume content on their smartphones.

Peak usage periods generally occur in the morning and late afternoon when users cannot access their television or home computer yet but have already left their work computers. Smartphone users have spontaneously embedded these activities into their daily life, making online presence a natural part of their everyday lives.

In addition to the growth of subscriptions, network traffic per device is also expected to undergo a major uptick, fuelled by the ongoing expansion of mobile content consumption.

eNET’s survey conducted in November, 2012 reveals what smartphones are used for in Hungary besides their basic features. For users consuming content at least once a week, the top activity is listening to music with games coming in second place, followed by reading e-mails, using maps and navigation, and finally social media sites and reading the news.

Mobile games are one of the most dynamically developing mobile content category, highlighted by the fact that half of the most popular free applications available on marketplaces belong to the category of games. It is especially interesting that in Android’s store nine out of the ten most profitable applications are game applications, of which six can be downloaded free of charge and users only need to pay for extra content within the game.

Social media services are also growing in popularity. In addition to providing communication and social interaction, these pages are also the key places of content sharing between Internet users, considerably influencing content consumed on mobile phones.