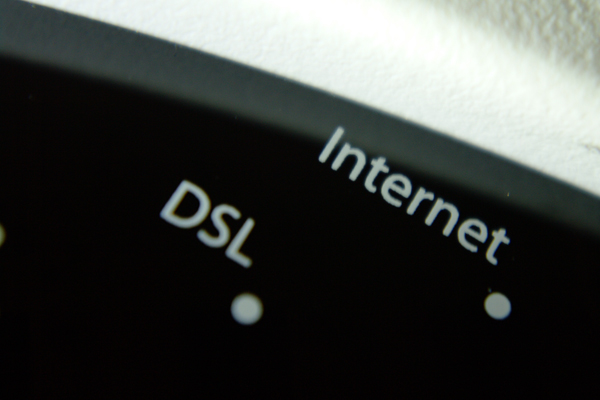 More than two thirds of adult Hungarian Internet users would rather give up television for one month than live without Internet access. As many as 87% of Internet users browse the web several times a day. Furthermore, people spend more and more time online, and 70% of smartphone owners use their phones (too) to connect to the Internet daily. While surfing the Net used to be mostly characteristic of urban Hungarians, people living in smaller communities have caught up with them by now, thus narrowing the digital divide between the various regions of the country, concludes the latest “Report on the Internet Economy” by eNET – Telekom. The research focused on Internet users’ needs in general, and specifically on differences between the expectations of people living in cities and smaller communities.

According to online research conducted by eNET between late April and early May 2015, more than half of city dwellers who regularly surf the Internet have been doing so for more than 10 years. Among residents of smaller communities, this ratio is only 41%. But the difference between the two groups has decreased: overall, 87% of adult Hungarian Internet users connect to the web several times a day; within this nation-wide group, the same ratio is 89% for city people and 86% for town or village residents. So Internet surfing is no longer a prerogative of the urban population but is part of everyday practice across all community types.

Both in urban areas and in smaller communities, people mostly surf the net at home, and almost half of them go online in the evening hours. But urban residents use the Internet much more frequently at their workplace or school and during travelling (60% and 45% respectively) than people living in towns or villages (51% and 34%, respectively). The difference in workplace Internet usage may result from the different work styles: a person who does not work with computers has less possibility to go online during work. And net surfing while travelling is limited by mobile Internet access, which is still less frequent among people living in smaller communities.

Why is the Internet so important?

In the unanimous opinion of respondents about the role of the Internet in their lives, it would be more difficult to organise their lives without the Web. Staying offline would cause problems primarily in acquiring information, communication, administrative matters, and work or learning. As they explain, “everything would slow down”, so they would have to significantly transform their everyday activities.

On the way towards mobility

As to the devices suitable for browsing, people living in smaller communities have more desktop computers, while urban residents use more laptop computers. However, there is little difference between them in smartphone usage: 65% of city residents and 62% of people living in smaller communities have a smartphone, and nearly 70% of both groups use those gadgets to access the Internet on a daily basis. Even though those living outside cities have more limited access to mobile devices and infrastructure, this backlog is expected to decrease further.

Regardless of where they live, 99% of the respondents have Internet access at home. Half of those living in cities also use mobile Internet, and this ratio is 43% in smaller communities.

Most people in both groups have unlimited Internet access at home, which they generally use with a wi-fi router. So even though people living in smaller communities lag behind somewhat in terms of mobile Internet, they also share their home connections across several devices. From this stage, it’s only one more step to demand mobile Internet access outside one’s home, anywhere, any time.

Whether home or mobile Internet, it is reliability and price to value that matters

The respondents’ expectations from both home and mobile Internet are clear: reliable service and a strong price to value ratio are the most important. Both of these factors were rated higher than 4.5 on a scale of one to five.

Regardless of the type of community they live in, more than one third of adult Internet users have switched to another home Internet connection provider at one time or another, for the following reasons: they had received a better offer from another provider, were dissatisfied with the price, or found the service quality dissatisfactory.

So what are we doing on the Internet?

Even though the sequence of the activities does not differ much by community type, each of the above activities were mentioned by more city dwellers than people living in smaller communities. But the difference between them concerning social media usage is minimal, which indicates that such services play an important part in narrowing the digital divide.

In social media, Facebook takes it all: 82% of urban residents and 85% of Internet users living in smaller communities log on every day. All other social media sites are visited far less frequently.

More than two thirds of the respondents, no matter where they live, like shared content and comments, or chat on Facebook at least once a week. Sharing pictures and articles and writing comments are more popular with people living in smaller communities; almost half of them engage in those activities at least weekly, versus one third in urban areas. So small towns and rural areas have not only caught up with cities in terms of Facebook activity, but have in fact overtaken them.

The Web has become indispensable to most adult Hungarian Internet users: more and more people spend more and more time online, and not only at home but also in work or school, and while traveling. There used to be a significant difference between city dwellers and people living in smaller communities in terms of access to the world-wide web, but now the urban nature of the Internet is disappearing. The needs and usage patterns of the two groups are converging, with more and more people thinking that “life would come to a halt without the Internet” in Hungary.