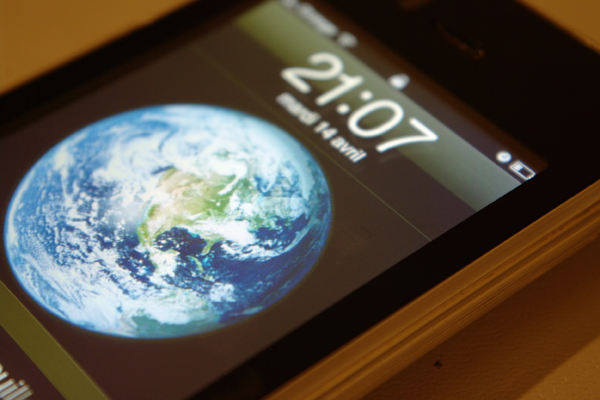 Breakthrough in mobile net usage: half of Hungarian Internet users keep the web in their pockets

As smartphones are widely adopted, mobile Internet access allows us to stay in the loop and keep in touch online. About half of adult Hungarian Internet users have the net in their pockets, i.e. use smartphones that allow them to surf the Net anywhere and any time. And they do use the opportunity: 41% browse social media pages on their smartphones every day, while one third check out the weather forecast that way. The latest “Report on the Internet Economy”, as part of a series of surveys conducted by eNET and Telekom, focuses on the effects of mobile net and smartphone usage on our lives.

In Hungary, too, mobile Internet access via smart devices has ushered in an era when the majority of Net users can be online anywhere and anytime. According to eNET’s survey conducted in January 2015, 62% of adult Hungarian Internet users have smartphones, and 51% take advantage of the connection offered by their mobile service providers. A dynamic increase in the number of smartphone users is boosting mobile Internet usage: in the past 18 months, the number of people who went online with their smartphones rose by 15%.

Those who have suitable devices tend to find the corresponding service. Consequently, the vast majority of smartphone users literally have the Internet at their fingertips: 94% use their phones’ screens to surf the Web, 55% use both 3G/4G (cellular telephone network) and Wi-fi connections, 36% stick to Wi-fi, and 3% use 3G/4G only.

As to the operating system used, Android leads with 72% of all smartphones, followed by Windows Phone (11%) and iOS (9%). The penetration of Symbian and Blackberry platforms is much lower, 1% each.

Many Hungarian Internet users take advantage of the Net connectivity of their mobile phones every day, for example to visit social media (41%), browse the Net (41%), send and receive e-mail (36%), check out the weather forecast (34%), or find information (34%). Consequently, more than four tenths of all mobile phone owners use Internet services on their mobile phones.

What do Hungarian mobile Internet subscribers want? Everything, it seems, that can be expected of such a basic service: reliability, ubiquitous access and affordability, with some consumer focus and friendly flexibility. For example, the service should not be shut off immediately when the data limit is exceeded.

However, there are there are noticeably different judgements of various service aspects by mobile Internet users. The most important factor is service reliability, which is rated 4.7 on a scale of 1 to 5. This is closely followed by network coverage and price, both at 4.5. In conclusion, mobile Internet users prefer a service provider who offers three factors: reliable connection, extensive geographical coverage, and attractive pricing.

Smart phones – with us day and night

Telephones in general and, later, mobile phones in particular have greatly contributed to the continuity of human relations. This process is accelerated by the appearance of Internet-connected smartphones and the proliferation of mobile Net access. As many as 61% of smartphone users claim never to turn off their gadgets, 46% keep them within reach at night, and 26% check it first thing in the morning. There are good reasons for that popularity: smartphones are becoming increasingly important to more and more people; they have grown from “wonders of the future” into everyday tools that are affordable and practical to the average person; devices that allow continuous access to the Internet and all related services.